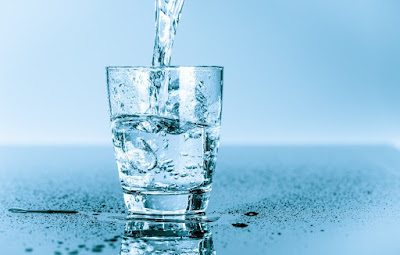 What are the Main Properties of Water?

This article will discuss the five main properties of water:


1. Water's Attraction to Other Polar Molecules

Water's attraction between molecules of a different substance is called adhesion. Water is adhesive to any molecule it can form hydrogen bonds with. Due to water's adhesiveness:


Water can moderate temperature because of the two properties: high-specific heat and the high heat of vaporization.

High-specific heat is the amount of energy that is absorbed or lost by one gram of a substance to change the temperature by 1 degree celsius. Water molecules form a lot of hydrogen bonds between one another. In turn, a lot of energy is needed to break down those bonds. Breaking the bonds allows individual water molecules to move freely about and have a higher temperature. In other words: if there are a lot of individual water molecules moving about, they’ll create more friction and more heat, which means a higher temperature.

Water takes a long time to heat up, and holds its temperature longer when heat is not applied.


Water's high heat of vaporization is the other property responsible for its ability to moderate temperature.

Water's high heat of evaporation is basically the amount of heat energy needed to change a gram of liquid into gas. Water also needs a lot of energy in order to break down the hydrogen bonds. The evaporation of water off a surface causes a cooling effect. Much like among humans—when we get hot, or energy inside our body is breaking chemical bonds, we sweat as a cooling effect. In this case, the same process occurs: as the water evaporates off the the surface of the skin, it cools down the surface. 4. The Lower Density of Ice


At cooler temperatures, the hydrogen bonds of water molecules form ice crystals. The hydrogen bonds are more stable and will maintain its crystal-like shape. Ice—the solid form of water—is less dense than water because of the hydrogen bonds being spaced out and being relatively apart. The low density is what allows icebergs to float and are the reason that only the top part of lakes are frozen.

Water can form hydrogen bonds, which make it a powerful solvent. Water molecules are attracted to other molecules that contain a full charge, like an ion, a partial charge, or polar. Salt (NA+ CL-) dissolves in water. Water molecules surround the salt molecules and separate the NA+ from the CL- by forming hydration shells around those two individual ions.