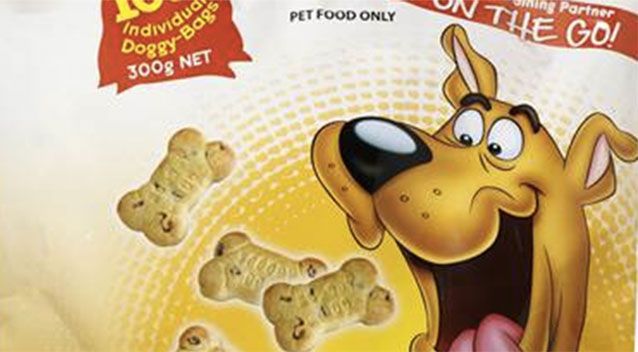 Woolworths has apologised to a customer after a bag of Scooby Snacks dog treats "accidentally placed in the biscuit aisle" led to her packing them in her children's lunch box.

The supermarket giant confirmed to 7 News Online on Tuesday the item was mistakenly placed in the biscuit aisle by a "team member" at the North Strathfield store in Sydney last week.

Shocked customer Tania Toomey had complained to Woolworths after she purchased choc-friendly carob biscuits from her local supermarket for her children, not realising it was dog food.

Although the packet does say "pet food only", Ms Toomey posted a complaint on Woolworths' Facebook page, saying she made the mistake because the packet was in the confectionery aisle.

After putting the dog snacks in her kids' school lunch packs, they came home at the end of the day and said, "yuck, they are disgusting!"

It was then that Ms Toomey realised she had given her children dog biscuits.

"I bought these from the biscuit isle next to the Tiny Teddies at Woolies in North Strathfield," she wrote. 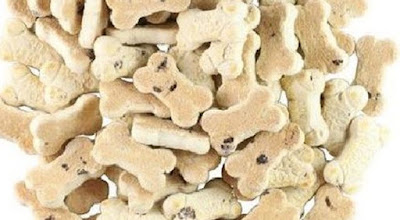 Woolworths has apologised for the confusion and a spokesperson said in a statement on Tuesday: "Woolworths can confirm that a single packet of Scooby Snacks dog biscuits was accidentally placed in the biscuit aisle at the Woolworths North Strathfield store last week and subsequently purchased by a customer.

"We can confirm that the product is stocked as intended in the pet food aisle in the stores where it's sold, with the product marked as 'Pet Food Only'.

"Store teams have had further communication this week to ensure that no packets are mistakenly placed in the wrong aisle." 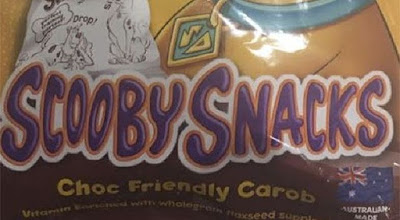 It has emerged that this is not the first time the product has been mistaken for human treats.

Multiple families in New Zealand accidentally tried to feed their children the Scooby Snacks product, after it was reportedly placed next to chips.

According to the New Zealand Herald in June, dozens of parents claimed to have bought the Scooby Snacks for their children from the Whanganui Pak'n Save.

However, according to the head of external relations, Foodstuffs NZ, said Pak'n Save the treats were labelled as pet food and displayed in an 'Aisle of Value'.

"The store relocated the product to the pet food aisle, and has since decided to withdraw the product from sale and return it to the supplier," Antoinette Laird said in June.

"On reflection, we can see how the cartoon characters on the packaging might be confusing," Ms Laird said.

On Ms Toomey's post most viewers pointed out the pet food labelling, but others agreed the packaging seemed designed to attract the attention of children.

Woolworths also sells another Scooby Doo-themed product, called Iddy Biddy fruit snacks - but those are most definitely meant for children.