Shocking report shows the truth of what’s in baby food 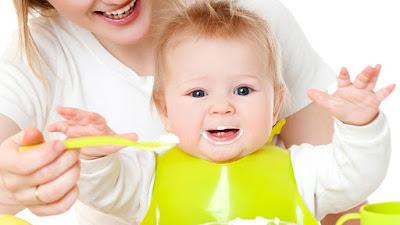 You'll never guess what is lurking in the food you feed your baby, according to a new report from the Environmental Defense Fund.


If you’ve been feeding your child baby foods like most parents, you should be aware of an alarming new report from the Environmental Defense Fund about what’s actually in that food. The EDF report claims that nearly all categorie sof baby food had low levels of lead contaminate, especially in fruit juices, root vegetables, and cookies.

Don’t think that low levels of lead aren’t a big deal, the EDF says, arguing that even low levels of the deadly metal can cause tremendous harm in children nationwide. Scientists say there is no safe level of lead, and lead in baby food can elevate the level of lead in the bloodstream, potentially leading to developmental problems or other health issues down the road.


The EDF based its report on publicly available data provided by the U.S. Food and Drug Administration’s Total Diet Study. The FDA doesn’t identify which brands were used, or where they were purchased, comparing 57 types of baby food and formula between 2003 and 2013.

“No safe level of lead in blood has been identified,” the EDF statement reads. “In children, even very low blood lead levels can cause behavioral problems and lower IQ. Protecting children’s ability to learn and thrive demands that we find effective ways to reduce exposures to lead from all sources. EDF analyzed 11 years of data from the Food and Drug Administration (FDA), and found that food, and baby food in particular, is a meaningful – and surprising – source of lead. If it were eliminated completely, we estimate the societal benefits at more than $27 billion annually.”
Facebook Twitter