What Is Junk Food? 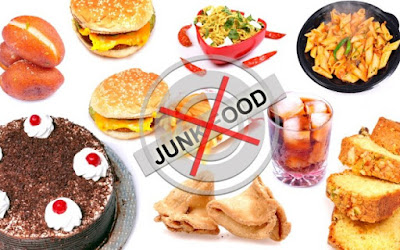 The answer probably depends upon what's available in the kitchen cupboards and the refrigerator…and whether or not your parents are home. After all, if Mom or Dad is around, you probably won't get away with chugging soda and noshing on chips. In fact, they probably have a special name for those foods. What are we talking about? Junk food, of course!

Every kid at one time or another has had some of his or her favorite foods referred to as junk food. But what exactly does that mean? It's obviously not made from garbage, so why do we call it junk food?

The term "junk food" has been around since the early 1970s, when the Center for Science in the Public Interest began using it to raise awareness of foods it considered to be unhealthy. Although not everyone agrees on exactly which foods should be considered junk foods, the term is generally used to describe foods that are high in calories and low in nutrients. Junk foods tend to contain large amounts of fat, sugar, and salt. Junk foods also tend to be processed, which means they usually contain artificial flavorings and additives, and are packaged in boxes, cans or bags.

Some common examples of junk foods include sodas and snack foods, such as potato chips, crackers and candy. Popular fast-food items, like hamburgers and French fries, are also often lumped into the category of junk foods because they often contain lots of calories but not many nutrients.

Other foods are considered junk food by some but not by others, depending upon how they're made. For example, some people consider pizza a junk food because it can be high in fat and calories. Others, however, believe pizza can be a good source of grains, dairy, vegetables, and meat, which contain many nutrients the body needs.

As most kids learn in school, it's important to eat well-balanced meals full of the nutrients the body needs. Such meals would include lean meats, whole grains, and plenty of fresh fruits and vegetables. So why are junk foods so popular?

If you like potato chips, candy, and soda, the reason is usually obvious: they're delicious. Foods with high amounts of fat, sugar, and salt simply taste good. Plus, they're usually cheap and readily available. Manufacturers make junk foods because they're inexpensive to make, have long shelf lives, and tend to be popular sellers.

If you're a fan of junk food, there's no need to despair. These foods are usually fine to eat if you eat them in moderation. If you're eating a well-balanced diet overall and maintaining a healthy weight, you shouldn't have any problem eating junk food occasionally. Just remember: your body needs fuel in the form of nutrients to perform at its best. When you replace nutrient-rich foods with high-calorie/low-nutrient snacks, your body doesn't get the fuel it needs.