Eating more fruit and vegetables can make you happier 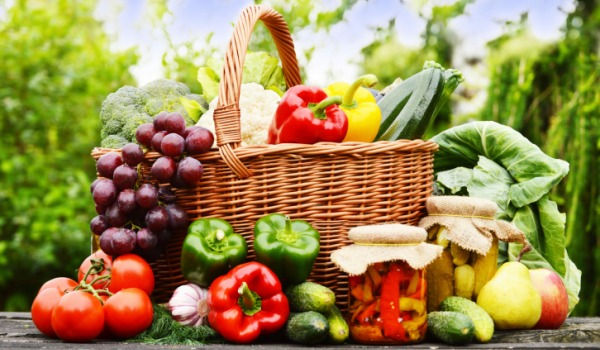 The study, by Warwick Economics professor and CAGE Research Associate Andrew Oswald and Dr Redzo Mujcic from the University of Queensland, is one of the first major scientific attempts to explore psychological well-being beyond the traditional finding that fruit and vegetables can reduce risk of cancer and heart attacks.

Happiness benefits were detected for each extra daily portion of fruit and vegetables up to 8 portions per day.

The researchers concluded that people who changed from almost no fruit and veg to eight portions of fruit and veg a day would experience an increase in life satisfaction equivalent to moving from unemployment to employment. The well-being improvements occurred within 24 months.

“Eating fruit and vegetables apparently boosts our happiness far more quickly than it improves human health. People’s motivation to eat healthy food is weakened by the fact that physical-health benefits, such as protecting against cancer, accrue decades later. However, well-being improvements from increased consumption of fruit and vegetables are closer to immediate.”

The work is a collaboration between the University of Warwick, England and the University of Queensland, Australia. The researchers found that happiness increased incrementally for each extra daily portion of fruit and vegetables up to eight portions per day. The study involved an examination of longitudinal food diaries of 12,385 randomly sampled Australian adults over 2007, 2009, and 2013 in the Household, Income, and Labour Dynamics in Australia Survey. The authors adjusted the effects on incident changes in happiness and life satisfaction for people’s changing incomes and personal circumstances.

Western diet
The study has policy implications, particularly in the developed world where the typical citizen eats an unhealthy diet. The findings could be used by health professionals to persuade people to consume more fruits and vegetables. Talking about the implications Dr Redzo Mujcic observed:

“Perhaps our results will be more effective than traditional messages in convincing people to have a healthy diet. There is a psychological payoff now from fruit and vegetables, not just a lower health risk decades later.”

The authors found that alterations in fruit and vegetable intake were predictive of later alterations in happiness and satisfaction with life. They took into account many other influences, including changes in people’s incomes and life circumstances. One part of the study examined information from the Australian Go for 2&5 Campaign. The campaign was run in some Australian states which have promoted the consumption of two portions of fruit and five portions of vegetables each day.

Antioxidants
The academics think it may be possible eventually to link this study to current research into antioxidants which suggests a connection between optimism and carotenoid in the blood. However they argue that further research is needed in this area.