Home/ food/ potato/ Vegetables/potato is an excellent source of fibre, energy and nutrients

potato is an excellent source of fibre, energy and nutrients 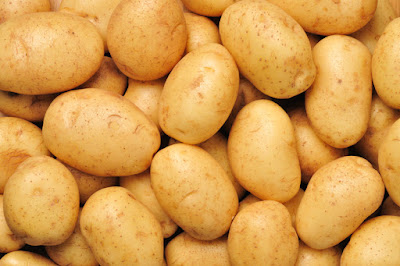 The versatile potato is an excellent source of fibre, energy and nutrients and a favourite of children. Potatoes can be baked, mashed and fried. They are a good source of vitamin C and B-group vitamins and contain minerals such as calcium, iron and magnesium. In Victoria, potatoes are at their peak between May and August.

What is a potato?

To the relief of parents around the world, potatoes are a favourite of children and an excellent way to get nutrients, fibre and energy into fussy eaters. Not many can resist the crunch of a freshly cooked chip – a perfectly fried, salty baton of this versatile vegetable. Fluffy mashed potato and creamy gratin are favourites in the depths of winter.

The potato graced the tables of the Incas in 8000 BC and was introduced to Europe in 1536 by the Spanish Conquistadors. Sir Francis Drake and Sir Walter Raleigh introduced the potato to Ireland in 1589, but it took a couple of centuries before potatoes became popular. Eventually, people realised that potatoes were easier to grow than other crops and that they were high in nutrients.

Potatoes arrived in Australia on the First Fleet and were planted in New South Wales. The variety of climates found in Australia means that potatoes can be harvested all year round.

There are many varieties of potato available in Australia. Potatoes are also sold as ‘washed’ or ‘unwashed’ and ‘new’ or ‘maincrop’ (mature or late crop). New potatoes are dug up at an early stage of development, whereas maincrop potatoes are harvested when they are fully developed.

Some types of potatoes are more suitable for certain uses. For instance, the Sebago (the most common variety) is a versatile potato that can be boiled, baked, mashed or fried. On the other hand, Desiree potatoes are great for boiling or baking and making gnocchi but not for deep-frying. 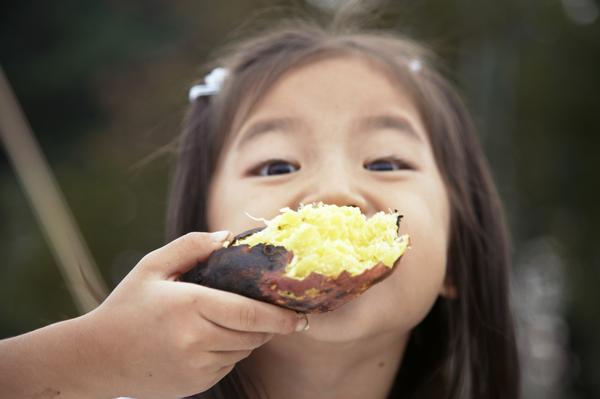 Why potatoes are good to eat


How are they grown and harvested?

Potato plants can cope with cold weather but require plenty of sunlight and water. The small, spreading potato plant grows to between 40 and 60 cm. It has leaves that are attached to the main part of the plant by a stem.

Some potatoes (new potatoes) are harvested in the early stages of development when they are immature. These potatoes have thin skins that you can easily rub off.

Choose potatoes that are firm and do not have any soft spots or bruises. They should be dry and have unbroken skin. Avoid potatoes with green patches on the skin or those that are sprouting.

How to store and keep potatoes

Store potatoes in a cool, dry, dark, well-ventilated area. Light can cause greening of the skin and sprouting. Do not store potatoes in plastic as they will sweat and deteriorate in quality. New potatoes should be used within a few days of buying. Mature potatoes can be stored for several weeks.