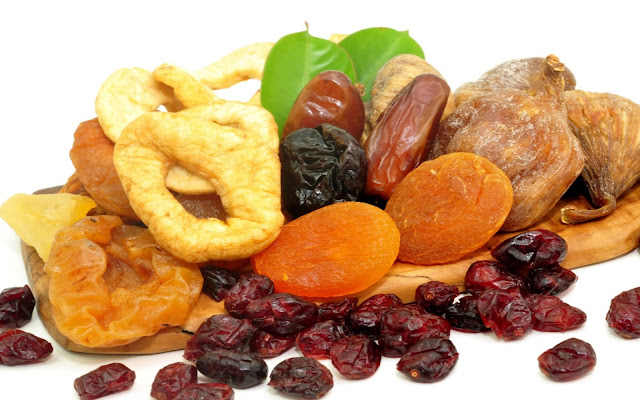 Question. I love dried fruit and thought it was healthy. But I hear that you gain a lot of weight eating dried fruit, which is not healthy. What's the truth?

Answer. The truth is that the actress and comedian Mae West was wrong when she allegedly said "Too much of a good thing ... can be wonderful!" Food contains calories, and eating too many calories-even of healthy foods-leads to weight gain. But there are healthy calories and unhealthy ("empty") calories, and fruit is a healthy source of calories. That's as true of dried fruit as fresh fruit.

One large epidemiological study involving more than 13,000 individuals found that dried fruit eaters have better nutrient intakes --- and weigh less -- compared with those who don't consume it.

There are some caveats, however. Because dried fruit is so much smaller than the fresh fruit from which it comes, it's easier to consume a lot of calories eating dried fruit. I rarely eat three fresh apricots or 30 grapes in the course of a few hours, but I frequently consume more than three dried apricots and 30 raisins in a few hours. Another matter of concern is that some dried fruit makers add sugars to dried fruit (which already contain their own natural sugars). When the new Nutrition Facts labels approved by the government start appearing, the amount of added sugars in a serving will be easy to determine.

According to US dietary guidelines, which encourage consumption of 1½ to 2 cups of fruit daily, a half-cup of dried fruit counts as one cup.

For diabetics who carefully distribute carbohydrates throughout the day, different rules apply.

"When educating clients, many dietitians and diabetes educators recommend considering 2 tablespoons of dried fruit as one serving (15 grams) of carbohydrates," said Lori Zanini, a registered dietitian and certified diabetes educator. For example, 2 tablespoons of raisins is equivalent to 15 grams of carbs, but for the same amount of carbs, you can eat half a cup of red grapes, she explained. You could also eat half of a cantaloupe; minus a couple of bites (a half of a small cantaloupe has 18 grams of carbs).

Overall, dried fruit can be a nutritious, convenient and portable snack, especially when mixed with nuts and eaten as trail mix. But if sugars, carbs or calories are of concern, be sure to count out your portion of dried fruit, as it can be easy to mindlessly nibble on it.

Also, limit dried fruits that contain added sugars (cranberries are a frequent culprit, according to Zanini) or are coated in sugar, such as dried pineapple rings or other candied fruit. Finally, if you are sensitive to sulfites or have asthma, choose organic brands of dried fruit that do not contain sulfur dioxide, a preservative.
Facebook Twitter