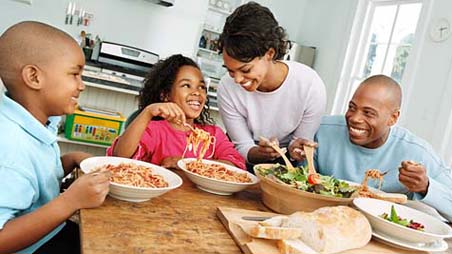 Some dinner foods deliver an extra weight-loss boost. And the good news is that many of the foods you love—but believed you had to stay away from—are on this list, too. Here are the best weight-loss foods to eat and enjoy at dinner.

1. Peppers
Get the stir-fry ready. Fruits and veggies are super colorful, but that's not just so they can look beautiful. It's also a sign that they deliver a big punch of nutrition—and weight-loss potential. In a study in BMJ in 2016, researchers looked at how plant compounds called flavonoids influence weight loss. Over a four-year period, eating flavonoid-packed fruits and veggies (peppers were one that researchers specifically called out) was linked to weight loss. That's possibly because these powerful plant compounds may help you eat fewer calories and improve blood sugar function. When you're thinking of a quick dinner, go for one packed with peppers. Try this tried-and-true stir-fry formula for a tasty and healthy dinner every time. Or make stuffed peppers for a satisfying portion-controlled meal. 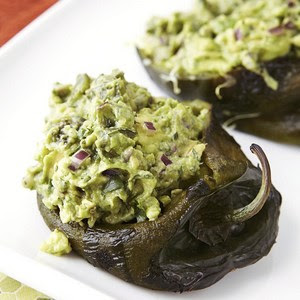 2. Beans
Think of beans as the magical fruit—because they can help you slim down. It's all about fiber. Most people fall short on their fiber intake, consuming just 16 grams per day. (Women should aim for 25 grams.) But when dieters upped their intake to 28 grams a day by eating either fruits and veggies or beans, they ate 300 fewer calories but felt less hungry, and lost about 3.5 pounds over a four-week period, per research from the Medical University of South Carolina. Another study, published in Food & Nutrition Research, looked at eating bean or meat dishes of equal calories. The bean-based meals helped people feeler fuller, and they ate as much as 13 percent less. This Black Bean, Mango & Kale Wheat Berry Salad is the perfect meal to fill you up. 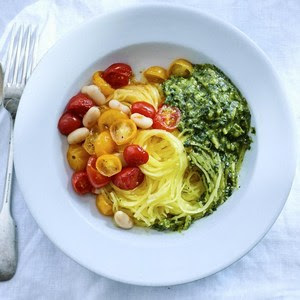 3. Olive Oil
Don't be afraid to add an olive oil drizzle to your dinner. In a study published in The Lancet Diabetes & Endocrinology, when adults who had type 2 diabetes or were at risk for heart disease ate a Mediterranean-style diet (full of vegetables, fruits, legumes, whole grains and fish) along with about 1.5 ounces of extra-virgin olive oil daily, they lost about one additional pound over a five-year period and reduced their waist circumference by about a quarter of an inch, results that were better than subjects in a control group who were advised to avoid fat. (Those who ate a Mediterranean diet along with nuts also saw their weight and waistline decrease.) That may seem incredibly modest, but in this "diet" people did not have to watch their calorie intake, and exercise wasn't a requirement, either. That may make this eating style ultimately easier to stick with. It's just one more piece of evidence that eating fat doesn't make you fat. 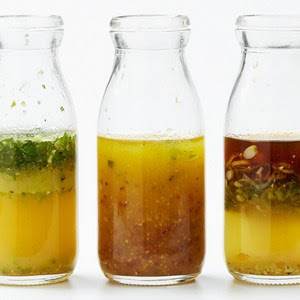 4. Pasta
It's a good day for those who love a good Italian meal: pasta-eating is associated with a leaner physique. In an Italian study (of course!), researchers looked at over 20,000 people and asked them about their diet habits. Those who reported eating more pasta also stuck more strictly to a Mediterranean diet, weighed less and had smaller waist and hip circumferences. (One caveat is that recalling what you eat on a daily basis isn't always accurate, something the authors acknowledge, so more research is needed.) Still, they point to a previous study that showed that a diet filled with carbs and veggies can reduce your risk of obesity and belly fat, and to another that linked pasta to a lower BMI, too. 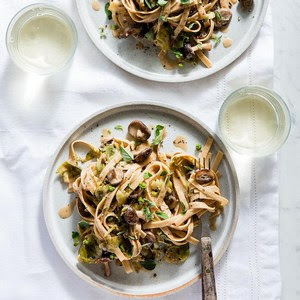 If fish isn't a part of your regular weekly rotation, it's time to get on board. In a study in the journal Nutrition in 2017 on 26 healthy-weight adults, those who ate a polyunsaturated-fat-rich diet (present in foods like salmon, flaxseed oil and walnuts) had a decrease in the hormone ghrelin (which increases appetite) and an increase in peptide YY (which makes you feel satiated) compared to a control group. The American Heart Association suggests eating two fish meals per week for the heart-health benefits. 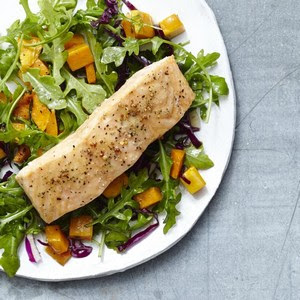