Facebook Twitter
Sometimes you just want something chocolatey and creamy. This keto chocolate chiffon pie fills both of those requirements. It’s sweet, but not overly so, but it is super smooth and creamy!

This pie recipe whips up quickly. The crust takes about 15 minutes from start to bake, and the filling whips up in a few minutes. It’s one of those easy desserts you can pull together in about 20 minutes.

There is no refined sugar or grains in this recipe. The crust is made entirely of coconut flour! 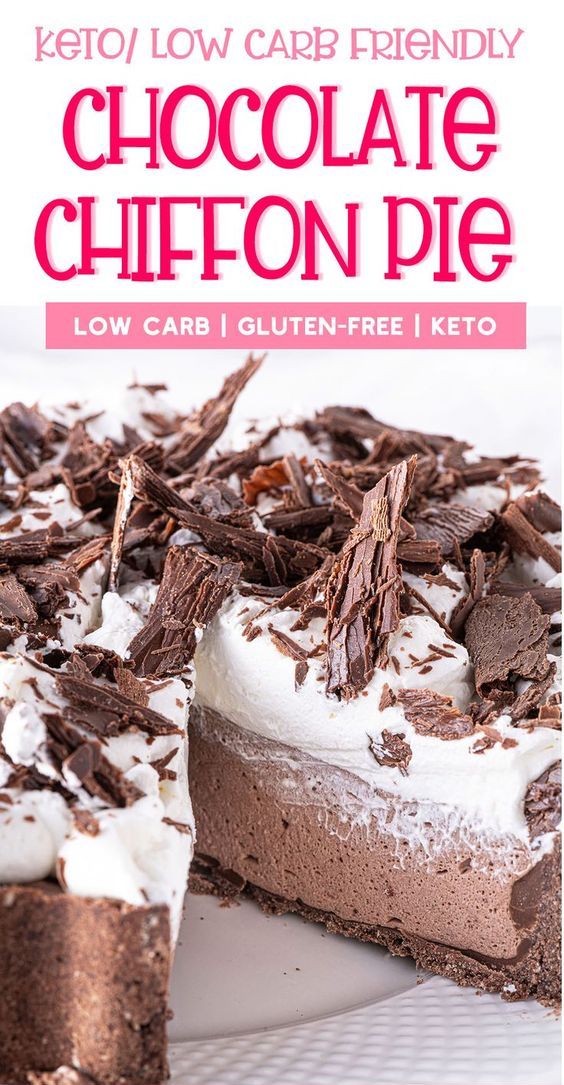