Home/ health/10 Reasons Why You Should Eat Chocolate

Here are just 10 of our favourite excuses to tuck into a block – or two! 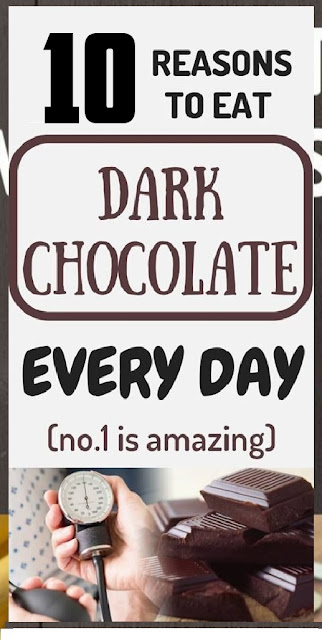 If you buy quality dark chocolate with a high cocoa content, then it is actually quite nutritious – no, seriously! Chocolate contains a decent amount of soluble fibre and is packed with minerals. To give you an idea, a 100 gm bar of 70-85 per cent dark chocolate contains: 11 grams of fibre, 67% of the recommended daily intake (RDA) for Iron, 58% of the RDA for Magnesium, 89% of the RDA for Copper, 98% of the RDA for Manganese. It also has plenty of potassium, phosphorus, zinc and selenium. Also the higher per cent cocoa content – the lower the sugar.

Chocolate helps fight fatigue and anxiety and even PMS

A small study of 10 participants at Hull York Medical School found those given 50g of 85 per cent dark chocolate reported less fatigue, anxiety and depression than those given a placebo chocolate low in antioxidants. As well as this chocolate could help to fight mood swings caused by discomfort as a result of PMS. According to a clinical therapist from sanitary company Kotex, Elizabeth Morray: “Chocolate contains magnesium, which can help alleviate cramps and increase energy,” A tasty way to fight the blues.

A 2008 study at Harvard University “forced” test subjects to undergo an intense “two weeks of enhanced chocolate intake”. After a fortnight of chocolate face-stuffing they found the sweet helped blood flow through their subject’s middle cerebral arteries. To put it simply, more chocolate means more blood to your brain and reduces the likelihood of blood clots, which in turn reduces your risk of heart attacks.

According to a study by British psychologists, flavanols, a type of flavonoids found in chocolate, helped people with their arithmetic. Participants had an easier time counting backwards from a random number between 800 and 999 after drinking a cup of hot chocolate than they did without their cocoa hit. “The findings suggest students who binge on chocolate when revising for exams may gain a real benefit from doing so,” the British Telegraph reported. Is there anything chocolate can’t do?

Chocolate may protect your skin against sun damage

Bioactive compounds in dark chocolate may also be great for your skin. The flavonols can protect against sun-induced damage, improve blood flow to the skin and increase skin density and hydration. The minimal erythemal dose (MED) is the minimum amount of UVB rays required to cause redness in the skin, 24 hours after exposure to the sun. In one study of 30 people, the MED more than doubled after consuming dark chocolate high in flavanols for 12 weeks. So, if you’re planning a beach vacation, perhaps consider loading up on dark chocolate in the prior weeks and months.

Chocolate can help alleviate a cough

How had we never heard of this before. The most delicious way to kick a cough is with, you guessed it, chocolate. This is because one of the chemical components of the sweet is therbromine which helps to reduce the activity of the vagus nerve – a part of the brain that triggers coughing fits. Scientists are even working on a cough-quelling medication that uses therbromine instead of the common cough medicine drug, codeine.

Chocolate sharpens your thinking and mind

Chocolate will boost your love life

Another italian study linked higher consumption of chocolate with more action in the bedroom. This is because dark chocolate contains a compound called phenylethylamine, which helps to release endorphins and light up pleasure centres in the brain – like when you’re feeling all warm and fuzzy inside or when falling in love. It seems sharing a few squares of high-quality dark chocolate before bed, might spice up your time in the bedroom or help with arousal.

Researchers at Johns Hopkins University found that dark chocolate shields cells in your brain and protects it from damaged caused by stroke. Epicatechin, a compound found in chocolate, helped significantly reduce brain damage and trauma in mice who suffered strokes, according to the scientists, Similarly, another study by California’s Salk Institute found that the same compound, epicatechin, improved mice’s memories.

Harvard experts have actually found that eating chocolate adds two years to your life expectancy. One of the oldest women that has ever lives, Jeanne Louise Calment reached the ripe old age of 122 and ate more than a kilo of dark chocolate every week!

But before you run out to the grocery store for an all-out chocolate binge, remember most of the milk chocolate you find at the supermarket is heavily processed which means it has lost many of it’s health benefits and contains high levels of sugar. Aim for the darker variety instead.
Facebook Twitter