Here Are The Signs of Stomach Cancer Your Should Pay Attention To! 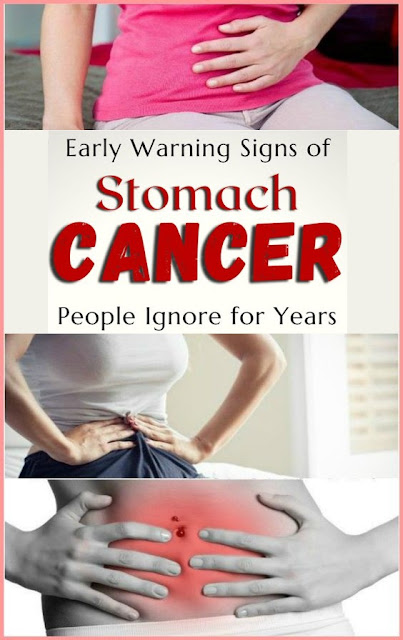 Stomach Cancer – Facts You MUST Know

Here Are The Signs of Stomach Cancer Your Should Pay Attention To!

According to the experts, this type of cancer begins when cancer cells form in the inner lining of your stomach. These cells can grow into a tumor. It’s also known by the name gastric cancer. This terrible disease usually grows slowly over many years. Although stomach cancer is about one-fourth as common as it was 70 years ago, 24,000 new cases are diagnosed annually in the United States. If caught early, the five-year survival rate is 90 % (which is really good). But, unfortunately, symptoms rarely occur until the disease spreads throughout the stomach and to other organs. At this advanced stage, the cancer is no longer treatable, and the five-year survival rate is only three percent.

How Can You Stop This Stealthy, Silent Killer Before It Strikes You?

Ladies and gentlemen, we can help you with this problem! You should arm yourself with knowledge by learning the risk factors and the warning signs of stomach cancer. Stomach cancer can be hard to detect because when the symptoms finally do occur, they are often so mild that the person ignores them. According to the American Cancer Society, the following symptoms could indicate stomach cancer:

indigestion or heartburndiscomfort or pain in the abdomennausea and vomitingdiarrhea or constipationbloating of the stomach after mealsloss of appetiteweakness and fatiguebleeding (vomiting blood or having blood in the stool)You Should ASK Yourself – Are You at Risk?
The experts don’t exactly know what makes cancer cells start growing in the stomach. But they do know a few things that can raise your risk for the disease. One of them is infection with a common bacterium, H. pylori, which causes ulcers. Inflammation in your gut called gastritis, long-lasting anemia, and growths in your stomach called polyps also can make you more likely to get cancer.

age (over 55)gender (males are two-thirds more likely than women)diet high in foods that are smoked, dried, salted, or pickledsmoking and alcohol abuseprevious stomach surgeryfamily historypresence in stomach of bacteria called Helicobacter pylori, which may cause ulcers