Meningitis is a disease that is connected to the inflammation of the membranes that protect the brain and spinal cord. Sounds important, right? Those important membranes should never be compromised and when they are, it can cause severe damage. 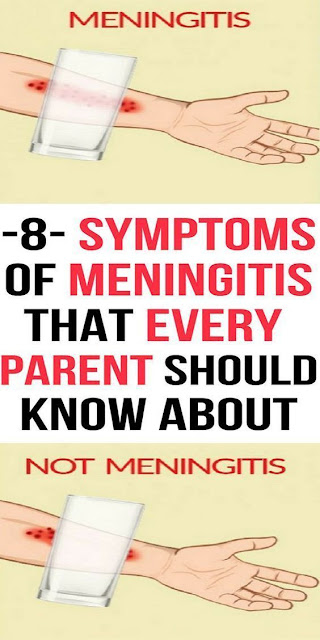 Though the causes of meningitis tend to vary, the symptoms are usually very similar. Children are also typically more susceptible to catching it, but it can happen to adults as well.

8. Double vision
The first sign to check for is double vision. Like others on this list, this symptom can be part of more than a few different diseases.

When someone has meningitis, they will be unable to focus their eyesight, which is what causes double vision. However, other symptoms on this list should be coupled with it before you go crying meningitis to your doctor, just to be sure.

7. Inability to unbend legs
This one is tough to stomach. If someone has meningitis, they’ll most likely be unable to straighten out their legs. While they may be able to get their legs somewhat straight, they will remain bent at the knee, at least partially.

6. Stomachaches, nausea, and vomiting
Having one or two of these could be caused by plenty of things. All three together are definitely tougher to handle. The nausea actually causes people with meningitis to lose their appetite.

Despite a lack of appetite, you’ll find yourself with a constant stomachache, as if you had eaten too much. This will eventually lead to vomiting, which is something nobody wants to deal with.

5. Rigid muscles
This one is easily the scariest and creepiest of the symptoms listed. It will almost look like the person with meningitis is possessed by some kind of demonic entity, which is incredibly sad.

A person with meningitis can be spotted in a distinct position. They’ll be lying on their side with their head thrown back and legs bent back. They’ll be unable to unbend their neck, causing them to get stuck in that position.

4. Sudden fever
This is hard to fully gauge because a sudden fever can come along as a symptom of many different things. If a person begins to shiver and complains that they’re feeling cold, even when it’s not cold, that could be a major sign.

Not talking about your basic fever situation. This is more when the temperature violently shoots up quickly and it becomes a tall task to bring it back down. Since this is a symptom of other diseases, it’s best to note it with the other symptoms on this list.

3. Severe headaches
Severe headaches happen to many people. However, if a headache is caused by meningitis, it moves past severe and into unbearable territory.


The pain it causes is sometimes considered a “splitting headache.” It has also been known to move down into the person’s neck and hurt there as well. If a newborn baby gets meningitis, a bulging fontanel is a sign to watch out for.

ts will cause watery eyes and more nausea. That tends to make the already strong headache much worse.

1. Skin rashes that won’t go away
Skin rashes are a sign of meningitis, especially if they won’t fade away. There’s actually a really simple test to tell if your rash is related to meningitis or something completely different.

What you do is take a clear glass and apply it to the rash. Press it against the skin and if the spots turn pale, they’re not connected to meningitis. However, if the rash doesn’t fade, you more than likely have the disease and should seek medical attention.

Because of the dangers that can be caused by meningitis, you’ll want to contact a doctor as soon as possible. Don’t rush if you have only one of these symptoms.

If multiple symptoms listed here are combined, then you’ll want to talk to a doctor. If someone you know has it, provide them with dim lighting, rest, and lots of quiet time.
Facebook Twitter
LihatTutupKomentar
Post Selanjutnya Post Sebelumnya